Invertebrates Third Edition Richard C. Brusca, Wendy Moore, and Stephen M. Shuster A benchmark volume on our modern views of invertebrate biology. If you are a lecturer interested in adopting this title for your course, please contact your Oxford representative to arrange a local. New to this Edition: • Two new co-authors have been added to the writing team • Twenty-two additional invertebrate zoologists have contributed to chapter revisions • Offers revised taxonomic synopses, updated information on general biology and anatomy, and current phylogenetic hypotheses. Published by Sinauer Associates, an imprint of Oxford University Press. In the twelve years since publication of Invertebrates, Second Edition, fundamental shifts have occurred in our understanding of the origins and evolutionary relationships among protists and animals.

These changes are largely due to the explosion of molecular phylogenetics and evo-devo research, emergence of the new field of animal genomics, major fossil discoveries in China, Australia, and elsewhere, and important new embryological and ultrastructural studies. As a result: - New phyla have been described (e.g., Micrognathozoa, Xenacoelomorpha). - Old phyla have been collapsed into others (e.g., Sipuncula and Echiura are now placed within Annelida; acanthocephalans are now known to be highly modified, parasitic rotifers). 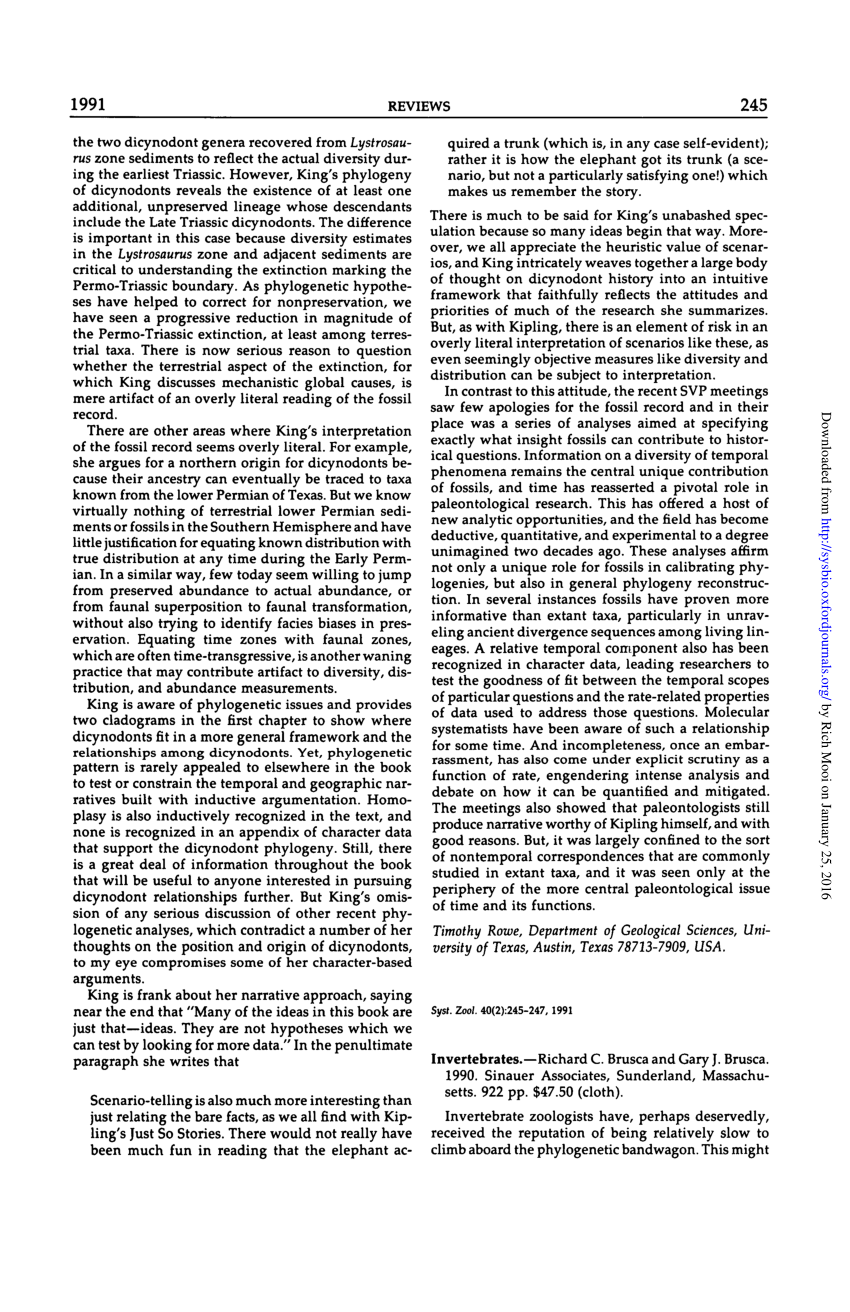 - Phyla once thought to be deuterostomes are now part of the protostome clade (e.g., Chaetognatha, Phoronida, Bryozoa, Brachiopoda). - The Protostomia has been reorganized into two major clades known as Ecdysozoa and Spiralia. For each of the thirty-two currently recognized phyla, Invertebrates, Third Edition, presents detailed classifications, revised taxonomic synopses, updated information on general biology and anatomy, and current phylogenetic hypotheses, organized with boxes and tables, and illustrated with abundant line drawings and new color photos. The chapters are organized around the 'new animal phylogeny,' while introductory chapters provide basic background information on the general biology of invertebrates. Two new coauthors have been added to the writing team, and twenty-two additional invertebrate zoologists have contributed to chapter revisions.

This benchmark volume on our modern views of invertebrate biology should be in every zoologist's library. Brusca, Wendy Moore, and Stephen M. Shuster Richard C. Brusca is Executive Director, Emeritus of the Arizona-Sonora Desert Museum and a Research Scientist at the University of Arizona. Rick is the author of nearly 200 research publications and 13 books, including the popular field guides Common Intertidal Invertebrates of the Gulf of California, A Seashore Guide to the Northern Gulf of California, and A Natural History the Santa Catalina Mountains, with an Introduction to the Madrean Sky Islands. He has been the recipient of more than 100 research grants from the National Science Foundation, NOAA, the National Geographic Society, the David and Lucile Packard Foundation, and many other agencies and foundations. He has served on panels for the National Science Board, National Science Foundation, Smithsonian Institution, PEW Program in Conservation and the Environment, Public Broadcasting Service, IUCN Species Survival Commission, and many others.