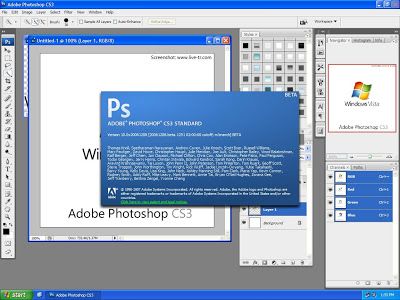 They could: - just ask you to activate again, at which point you will have to buy the software. - encrypt your data and only give you access to it once you buy the software from them via an operator.

- trash your data and force you to start from scratch. - (imagine other evil plots and put here). As you can see, the possibilities are endless.

My point is: using software without paying can have any sorts of side-effects and you have no leg to stand on legally. So if you worry about that sort of thing, I recommend you shell out the money and buy the product.

That way, if something does happen to your data, you have a certain amount of legal recourse. That is why I was not going to help people who requested POS9 at first because: what can the customer do if their credit card data is compromised due to a cracked copy of QuickBooks Point of Sale? They can sue you, the business owner.

What can you, the business owner, do? Nothing, because you were using a pirate copy. I ran setup, used the key, everything worked fine. I copied the patch to the directory, and can see FEATURES.DLL there, when I run patch I get 'Cannot Access the file. Maybe it's in use.Please close the file before patching! Try to access the file again now?' It doesn't matter how many times I try, it gives that error. I tried running the patch from the desktop and locating FEATURES.DLL through the search pane. Same problem. The file isn't open, I checked the task manager and it's not running in the background.what is wrong? @DaGotti: That's weird! When I tested it, I used a different serial on both machines and the first time I connected to the server, it told me it had to 'merge' the license and that I had to call support.

But then it let me click next and made me 'swear' that the licenses had been merged by support. After that, it worked like a charm. If you use the same serial on both machines, I believe you have to increase the amount of licenses on the server by using the 99999930 trick again. Read the patcher instructions, it explains it. @beast_ind: i think im having a issue or i dont understand something. I am running the pos 8.0.

I ran your activator, and changed the validation code to 99999930 on both computers i have the same installation on, but they are both using the same license number. Am i suppose to use a different license number or something? How am i able to change the license number if i need to? Only field i can input data in when im doing the patch is the Validation Code area, and only there i can put the 99999930 code, then i click next and it confirms it and thats it. Is there suppose to be something else i do? @Beast_iND the POS works great.what i am trying to do is, on POS8 version, i am trying to make 1 pc a remote pc and the other the headquarter pc. Doing this allows me to make the POS's work as a team.