As most of you probably already know, the original F first saw the light of day in 1959, but its serial numbering started with 64. I have a somewhat early F, with a S/N of 648xxxx. I think the rumor first got started with the F since, by later in its production run, the first two digits began to approximate the year of manufacture. And then Nikon continued this with the F2. It was first released in 1971 and its serial numbering began with 71. I have an F2 with a S/N that has 71 as its first two digits. 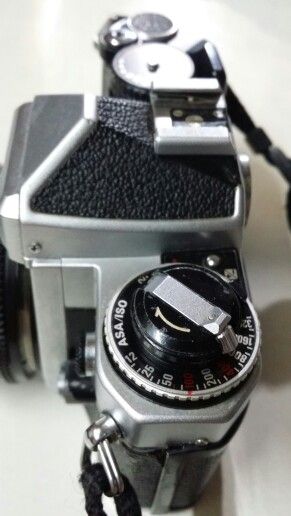 I also have an F2 with 74 as its first two digits. It almost seems to me that, while the S/N did not necessarily coincide with a manufacturing date, that Nikon was at least paying some attention to this 'coincidence.' Else, why start the F2's S/N at 71? Another F2 S/N tidbit that I'm sure some of you already know. Odd numbered S/N 'dates' are found on chrome bodies and even numbered 'dates' are found on black ones.

E.g., my '71' is chrome and my '74' is black. This one characteristic tends to reject the notion that an F2's S/N's first two digits correspond to a year of manufacture, unless Nikon was in the habit of building only chrome bodies for one year and then black ones the next. That just doesn't make sense.

^It's actually the opposite. And, prior to the 75xxxxx serial block, they were intertwined, just like F bodies and Nikkormat/Nikomat FS, FT, and FTn bodies. Nikon used that practice on FM bodies above the 21xxxxx block, FT2/FT3 bodies, the EL series, and everything else through the lower 8xxxxxx serial ranges of the FM2/FM2n bodies. When Nikon switched to the 85xxxxx serial, Nikon started using even/odd serial numbers for both black and chrome bodies again. F3, F4, and F5 bodies didn't follow the even/odd second digit convention, nor did the EM, or the N-series bodies, since they were 99% of the time black.

Three were chrome, three were black. I've owned one 74xxxxx body. It was black.